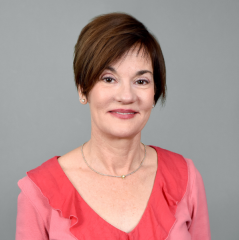 Kimberly Marshall is known worldwide for her compelling programs and presentations of organ music. She is an accomplished teacher, having held positions at Stanford University and the Royal Academy of Music, London. Winner of the St. Albans International Organ Playing Competition in 1985, she has been a recitalist, workshop leader and adjudicator at 9 National Conventions of the American Guild of Organists.  From 1996-2000, she served as a project leader for the Göteborg Organ Research Center (GOArt) in Sweden. She currently holds the Patricia and Leonard Goldman Endowed Professorship in Organ at Arizona State University.

Marshall has performed throughout Europe, including concerts in London's Royal Festival Hall and St. Paul’s Cathedral; King's College, Cambridge; Norte-Dame Cathedral, Paris; and Chartres Cathedral. She has also performed on many historical organs, such as the Couperin organ in Paris and the Gothic organ in Sion, Switzerland. Her compact disc recordings feature music of the Italian and Spanish Renaissance, French Classical and Romantic periods, and works by J. S. Bach. Marshall’s expertise in medieval music is reflected in her recording, Gothic Pipes, as well as through her articles for the Grove Dictionary of Music and the Oxford Dictionary of the Middle Ages.  To increase awareness of early repertoire, she has published anthologies of late-medieval and Renaissance organ music.

Kimberly Marshall is an experienced adjudicator, having served on the juries of the National AGO competition (2008), the Sweelinck competition (Amsterdam, 2010) and the Alkmaar (Netherlands) Schnitger Competition (2015).  Locally, she serves on the Board for Rosie’s House, a pioneering music charity for children. She is the advisor on organs for the Musical Instrument Museum (MIM) in Phoenix and has made videos in Mexico, France and Italy for their exhibits.

Medieval, Renaissance and Baroque keyboard music; history of the organ, including its introduction to the New World; yoga and mindfulness practice for organists