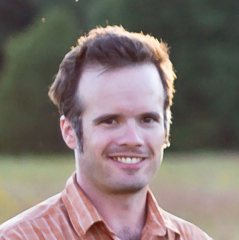 Danny Jacobs performs research focused on the detection and characterization of 21cm fluctuations in the early universe and developing future high-performance radio arrays capable of precision cosmology. He is a co-I of the Hydrogen Epoch of Reionization Array, a ground based precursor to the Cosmic Dawn Mapper, where he serves as Commissioning Scientist. He is the PI of the External Calibrator for Hydrogen Observatories (ECHO; Jacobs et al. 2017), an unmanned airborne calibration transmitter. Jacobs is the systems engineer for the Star-Planet Activity Research Cubesat (SPARCS), a smallsat UV
telescope scheduled for launch in 2021 to characterize the statistics of flares from M-dwarf stars, faculty advisor to student cubesat projects, and director of ASU’s smallsat ground station.

Jacobs receeived his bachelor's degree in physics and astrophysics from New Mexico Tech and went to graduate school in the Physics Department at Montana State University where he worked as a project manager in the Space Sciences and Engineering Lab. From Montana, he moved on to University of Pennsylvania where he finished with a doctorate in physics writing his thesis on first results from the Precision Array for Probing the Epoch of Reioniziation.

Jacobs was born and raised in Omaha Nebraska graduating from Central High School, where he was captain of the Debate Squad. He has lived with his small family in Montana, Pennsylvania, and twice in New Mexico.

Danny is a member of the low frequency cosmology group (loco.lab.asu.edu) which is a subset of the SESE larger radio group.