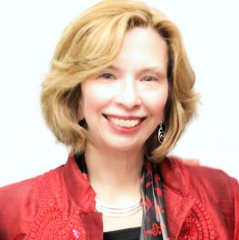 Barbara A. Lafford is a Professor Emerita of Spanish in the College of Integrative Sciences and Arts. In addition to her professorial duties, Lafford has served as the associate dean of extended education and as head of the languages and cultures faculty group in the College of Integrative Sciences and Arts at the ASU Downtown Phoenix campus. After arriving at ASU, she published in the areas of Spanish sociolinguistics, second language acquisition (SLA), Spanish applied linguistics, computer assisted language learning (CALL), and languages for specific purposes/experiential learning. Lafford has taught graduate courses on Spanish linguistics, sociolinguistics, second language acquisition, research methods in linguistics, the use of technology to teach second languages, Spanish for the professions, and Spanish applied linguistics. She has also worked with the Mary Lou Fulton Teachers College, the School of Social Work, and the College of Nursing and Health Innovation to create Spanish courses focused on the needs of students in those fields, so they can interact effectively with the community they serve. Under her leadership, the College of Integrative Sciences and Arts created an undergraduate minor and certificate in Spanish for the professions that is offered at the ASU Downtown Phoenix campus and online. Professor Lafford has participated in her profession at the national level in several capacities. She has served as associate editor for the Applied Linguistics section of Hispania, chair of the Board for CALICO (the Computer-Assisted Language Instruction Consortium), and she held the post of editor for the Monograph/Focus Issue Series of the Modern Language Journal from 2005–14.

Provost’s Teaching Fellow, one of 10 faculty to receive an award to develop modules to enhance the teaching of new ASU faculty, fall 2015-spring 2018.

Best of AZLA (Arizona Language Association) award for technology workshop at the 2009 AZLA conference (co-presented with Peter A. Lafford)

Research award from the Computer Assisted Language Instruction Consortium for most outstanding article in CALICO Journal in 2007 (Lafford, Lafford & Sykes)

American Council for the Teaching of Foreign Languages (ACTFL)

Member of graduate faculty of the School of International Letters & Cultures (SILC) for Spanish linguistics.