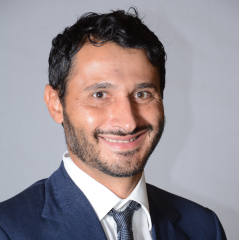 Mascaro joined Arizona State University in 2012 (November 2012 to August 2014) as a research engineer at the School of Sustainable Engineering and the Built Environment and as a lecturer for the graduate class Advanced Watershed Hydrology.

Currently he is an assistant professor at the School of Sustainable Engineering and the Built Environment at ASU. His research interests include stochastic hydrology, watershed modeling, hydroclimatology and the food-water-energy nexus.

My research group investigates a range of topics in hydrology, climate, and atmospheric sciences that are useful to support engineering applications. More specifically, we focus on statistical characterization of hydrologic variables, development of downscaling methods, watershed modeling, evaluation of climate change impacts on water resources and infrastructure, and food-water-energy nexus.

My publications are available at https://mascaro.engineering.asu.edu/publications/