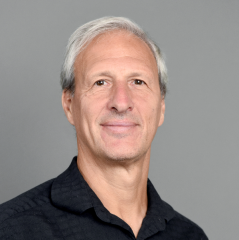 Daniel Schugurensky is a professor in the School of Public Affairs and in the School of Social Transformation at Arizona State University, where he is co-director of the Participatory Governance Initiative and coordinator of the graduate certificate in social transformation, the undergraduate certificate in human rights, and the master's in social and cultural pedagogy.