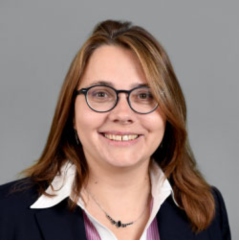 Lenka Buštíková grew up in Prague and holds a Ph.D. in political science from Duke University and MA degrees from Charles University, Central European University, and Harvard University. She is an Associate Professor in the School of Politics and Global Studies at Arizona State University.

She is currently serving as an editor of  East European Politics.