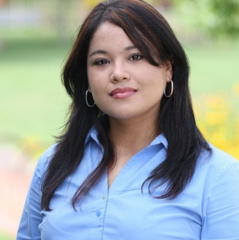 Paola serves as director of Mexico and Latin America Initiatives, at ASU's Office of University Affairs. In this role, she develops strategic collaboration with government agencies, universities, and nonprofit organizations of Mexico and Latin American countries. A 2020 partnership she is advancing is ACCESO ASU, a pathway that allows DREAMers and other Spanish-speaking students to reduce significantly their tuition cost by taking online courses at four top Mexican university-partners, and then transfer the credits to an undergraduate degree. She also leads the implementation of initiatives developed by Dr. Rafael Rangel Sostmann, special Advisor to ASU President, and former President of Tecnologico de Monterrey System.

Paola served as the first program manager of ASU's Spirit of Service Scholars. An initiative that honors and prepares outstanding students interested in public service. She developed the programming, operations, and evaluation.

In Mexico, she worked at economic development agencies in Sonora, strengthening the supply chain management and foreign companies’ soft landing. She also worked on small business development. She was the founding executive director of a nonprofit organization, where she helped prepare and supervised hundreds of business plans. She was director of a tech-based business incubator, and directed the operations of the Small Business Development Center in Sonora, after the Maricopa Community Colleges’ SBDC model.