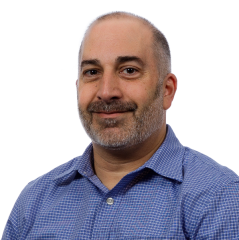 Michael Angilletta studies how animal populations adapt to changing environments. Every animal relies on behavior and physiology to avoid stress, but these solutions aren't free. Behavioral and physiological strategies consume energy or impose risk---costs that must be weighed against the potential benefits.

Professor Angilletta and his collaborators analyze these costs and benefits to understand how natural selection generates phenotypic variation in widespread species. Because he thinks about general evolutionary problems, his lab works with a variety of animals, including flies, lizards, and people.

For most of his career, he focused on adaptation to climate change. More recently, however, he began collaborating with psychologists, economists, and engineers to study human behavior. The motivation for this research has been the chance to work with friends who think outside the box. Not to mention, human behavior can be so damn fascinating! These side-projects inspired him to develop a course on human behavior, called Why people steal, cheat, and lie.

Professor Angilletta also oversees undergraduate programs in the School of Life Sciences. As part of this job, he leads the development of the first fully online bachelor's in biological sciences. He collaborates with the companies such as CogBooks and Labster to create courses that push the boundaries of online education.