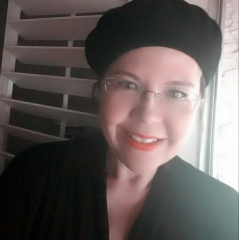 Dr. Quirós-Winemiller was born in Panama City, Panama. She is fluent in Spanish, French, and English, and possesses basic knowledge of Chinese, Mandarin. She has worked as a translator and editor for health magazines, and has been teaching Spanish in the United States since 1980. She has undergraduate studies from the Universidad Nacional de Panamá, Universidad de Puerto Rico; and L’Alliance Française de Panamá; along with a B.A., a M.A., and a Ph.D. degree from Arizona State University. She has won the Excellence in Teaching Award, on four occasions; three at Glendale Community College (1996, 1997, 2011), and once at Arizona State University (1989). She is an avid advocate of integrating technology into teaching, and making sure our students communicate and understand the language and the cultures of native speakers to become better global citizens.

Ph.D. in Latin American Literature with emphasis in Drama of the XX Century