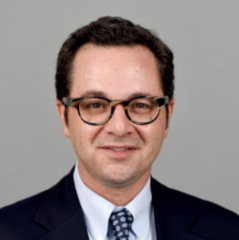 David Siroky teaches in the School of Politics and Global Studies at Arizona State University, where he is a core faculty member of the Center for Social Dynamics and Complexity and the working group on Nationalist and Ethno-Religious Dynamics. He is also a faculty affiliate of the Center for the Study of Religion and Conflict, the Center for Jewish Studies, the Melikian Center for Russian, Eurasian and East European Studies, and the Center on the Future of War.

He studies conflict, cooperation and collective action in politics and economics. Most of this work has focused on three substantive areas: (1) nationalism, particularly its separatist and irredentist strains; (2) the dynamics of insurgency and counterinsurgency; and (3) the international relations of Eastern Europe and Eurasia. He is also engaged in research on methodology, and has mainly worked on (1) big data and machine learning, including algorithmic modeling (e.g., Random Forests and GBDT) along with text mining (e.g., NLP), (2) computational modeling (e.g., complex systems and microscale models), and (3) causal inference with unobtrusive experiments (e.g., endorsements, RRM, UCT).

These efforts appear in more than thirty peer-reviewed articles, printed in some of the leading substantive and methodology journals, and in Defection Denied: A Study of Civilian Support for Insurgency in Irregular War (Elements in Experimental Political Science, Cambridge University Press, 2022), which analyses the nature and sources of civilian support for militant groups during wartime utilising unobtrusive survey experiments.

Currently, he is working on two further book projects. The first book project is called Clients, Rivals and Rogues: Three Logics of Great Power Side-taking in Revolutionary Civil Wars, and is under review with Cambridge University Press. It investigates why and where great powers have (and have not) intervened in regime conflicts around the world, from the Second World War to the present, using new data and copula-based modeling to test a new theory of major power intervention against rival explanations.

The second project is under contract with Cambridge University Press (Elements in Political Economy), and is called Predicting Secession: Means, Motives and Mobilization. It conceptualizes secession as an evolutionary process, and uses political economy theories along with machine learning methods to forecast escalatory dynamics in self-determination movements.

He has received major grants as PI and co-PI from the U.S. National Science Foundation, U.S. Department of State, and National Council for Eurasian and East European Research, along with research fellowships from the Fulbright Foundation, Zentrum fuer Interkulturelle Studien in Germany and Fondation Maison des Sciences de l'Homme in France. His work has been recognized with several awards, most recently the Deil S. Wright Best Paper Award from the American Political Science Association's section on Federalism and Intergovernmental Relations.

He received his Ph.D. in political science and M.A. in economics from Duke University, along with degrees from the University of Chicago, University College London and Boston University, and was the Henry Hart Rice Postdoctoral Fellow at Yale University.