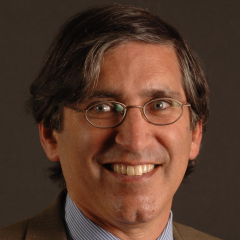 Daniel Bodansky is a Regents' Professor of Law in the Sandra Day O'Connor College of Law. He is also an affiliate faculty member with the Center for Law, Science and Innovation, and the Julie Ann Wrigley Global Institute of Sustainability's School of Sustainability at ASU.

Professor Bodansky is a leading authority on international environmental law generally, and global climate change law in particular. He teaches courses in public international law and sustainability, and is a key player in the college's Program on Law and Sustainability.

Professor Bodansky served as the Climate Change Coordinator at the U.S. Department of State from 1999-2001, on a leave of absence from academia, and was an attorney-advisor at the U.S. Department of State from 1985-1989.  He has consulted for the United Nations in the areas of climate change and tobacco control. Since 2001, Professor Bodansky has been a consultant and senior advisor on the “Beyond Kyoto” and “Pocantico Dialogue” projects at the Center for Climate and Energy Solutions (formerly the Pew Center on Global Climate Change). He has served on the Board of Editors of the American Journal of International Law and the State Department's Advisory Committee on Public International Law, is the U.S.-nominated arbitrator under the Antarctic Environmental Protocol, and is a member of the Council on Foreign Relations and the American Society of International Law. Awards include an International Affairs Fellowship from the Council of Foreign Relations, a Pew Faculty Fellowship in International Affairs, and a Jean Monnet Fellowship from the European University Institute.