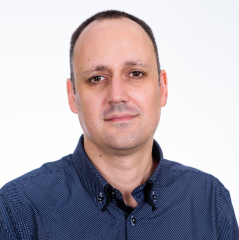 Stantchev's research interests focus on the religious and economic factors that shaped power relations within Europe and throughout the Mediterranean, circa 1000 to circa 1500. His work thus engages topics that are often treated separately, such as economic and church history, foreign policy and religious identity, family structures and networks of economic activity. It also transcends the boundaries typically drawn between Western, Byzantine, Ottoman and Balkan history. Consequently, his teaching interests are equally broad: ancient, medieval and modern Europe, Byzantine, Balkan and Ottoman history.

His first book, "Spiritual Rationality: Papal Embargo as Cultural Practice" (Oxford University Press, 2014), offers the first book-length study of embargo in a pre-modern period and provides a unique exploration into the domestic implications of this tool of foreign policy. During this time of an increasing papal role within Christian society, the church employed restrictions on trade with Muslims, pagans, 'heretics,' 'schismatics,' disobedient Catholic communities and individual Jews in order to facilitate papally-endorsed warfare against external enemies and to discipline internal foes. Various trade bans were originally promulgated as individual responses to specific circumstances. These restrictions, however, were shaped by the premise that sin and the defense of the decorum of the faith and Christendom condoned, or even required, papal intervention into the lives of the laity and by the text-based approach of popes and canonists. Papal embargo, consequently, was not only the sum total of individual trade bans but also a legal and moral discourse that classified exchanges into legitimate and illegitimate ones, compelled merchants to distinguish clearly between themselves as (Roman) Christians and a multitude of others as non-Christians, and helped order symbolically both the relationships between the two groups and those between church and laity. Papal embargo's chief relevance thus lay within Christian society itself, where it functioned as an intangible pastoral staff. While sixteenth-century developments undermined it as a policy tool and a moral discourse alike, papal embargo inscribed the notion of the immorality of trade with the enemy into European thought.

Stantchev's current book project explores the relations between Venice and the Ottoman Empire from 1381 to 1517. Based on a large body of archival and narrative records, Venice, the Ottomans, and the Sea breaks through the traditional historiographical silos of trade and crusade to offer a holistic picture of Venetian perceptions and actions. This work follows from--and goes far beyond--Stantchev's earlier research on Venetian-Ottoman relations published in Mediterranean Studies (2010), Mediaevalia (2011), and Reconfiguring the Fifteenth-Century Crusade (Palgrave, 2017).

Stantchev's work on church history has continued to explore themes related to papal pastoral and disciplinary measures resulting in the publication of  “Formation and Refiguration of the Canon Law on Trade with Infidels,” in Christianity and International Law (Cambridge 2021) and a major study co-authored with Benjamin Weber:  “In Coena Domini: A Hierocratic Weapon or a Pastoral Staff?,” Bulletin of Medieval Canon Law 38 (2021).

Stantchev has made presentations at conferences around the United States. He has conducted research at many archives and libraries, including the Vatican Archives and the Vatican Library in Vatican City, and the Italian State Archives in Venice and in Genoa.  A former fellow of the Institute for the Humanities at the University of Michigan, Stantchev has been  the recipient of numerous fellowships and research grants from a variety of sources, including the Social Science Research Council, the Medieval Academy of America, the American Historical Association, the Gladys Krieble Delmas Foundation, and Gerda Henkel Stiftung, among others.

Stantchev directed the New College MA in Interdisciplinary Studies in 2016-2020 and served as West Campus Senate President in 2016-2019.