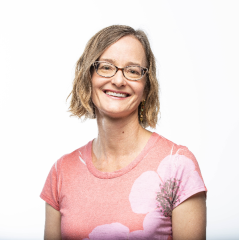 Julia Sarreal is a historian whose work focuses on the Río de la Plata region of South America. Her first book, "The Guaraní and Their Missions: A Socioeconomic History" (Stanford University Press, 2014) integrates quantitative and qualitative analysis to shed light on the experiences of the Guaraní Indians residing in Catholic missions during the 18th century. Socioeconomic in focus, her work takes a new approach to ethnohistory.

Sarreal has also published "The Many Meanings of Yerba Mate" in ReVista: Harvard Review of Latin America; "Jesuit Missions and Private Property, Commerce, and Guaraní Economic Initiative" in Latin American History: Oxford Research Encyclopedia; “Caciques as Placeholders in the Guaraní Missions of Eighteenth Century Paraguay” in Colonial Latin American Review (2014); “Revisiting Cultivated Agriculture and Animal Husbandry in the Guaraní Missions” in Ethnohistory (2013); and “Disorder, Wild Cattle, and a New Role for the Missions: The Banda Oriental, 1776-1786” in The Americas (2011).

In her second book project, Sarreal combines economic and cultural history to trace the transition of yerba mate from an Indian good to a beverage of important cultural significance that is consumed daily throughout the southern cone of South America. Her research was highlighted in a September 2016 ASU Now article.

Sarreal’s interest in Latin America was sparked when as an undergraduate she took a year off from college to live in and volunteer at the Salvation Army homeless shelter in Mexico City. After returning to Swarthmore College and completing a bachelor's degree in economics, Sarreal spent two years working in finance with Price Waterhouse LLP in New York City. She then joined the Peace Corps and moved to Curuguaty, Paraguay where she taught at a local university and worked in rural development. She received a doctorate from Harvard University before joining ASU. She is an associate professor in the New College of Interdisciplinary Arts and Sciences.

In 2016-2017, Dr. Sarreal was awarded a research fellowship from the Institute for Humanities Research for her project,  Yerba Mate: An Indigenous Stimulant, Money, and Empire Building.