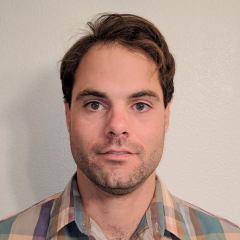 Matthew Casey-Pariseault is a Clinical Assistant Professor of History in the School of Historical, Philosophical, and Religious Studies. He teaches graduate seminars on historical methods, Latin America, and religious history. As Associate Director of Online Programs, he supports the continued excellence of SHPRS' faculty-led, student-centered online degree programs.

Matthew's research focuses on religion as a force for social change in modern Latin America. His current project, Peru's Religion Question: Faith and Activism in the Long Cold War, uses internal church documents, testimonies, and missionary correspondences to follow Catholic and Protestant activists as they mobilized across the polarized political spectrum throughout the twentieth century.

Matthew's public-facing work on religion in Latin America has been featured by NPR's Latino USA, The Washington Post, Salon, and Indian Country Today.

Dr. Casey-Pariseault is an affiliated faculty member with the Center for the Study of Religion and Conflict. He serves on the steering committee for the Religions in the Latina/o Americas unit of the American Academy of Religion. In addition to archival research, he has conducted ethnographic fieldwork on public religious performance in the United States and Peru in collaboration with funding agencies that include the Henry Luce Foundation and the University of California Humanities Research Institute.

"Fringe religious party gains power in crisis-stricken Peru." The Conversation, February 18, 2020. Picked up by Salon, and the Washington Post. https://www.salon.com/2020/02/23/fringe-religious-party-gains-power-in-crisis-stricken-peru_partner/