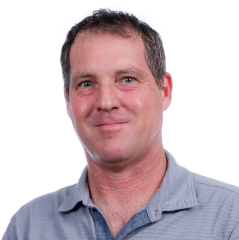 Amit Ron’s is an associate professor in the School of Social and Behavioral Sciences. His research focuses around two central themes: the political and normative dimensions of the history of political economy, and the democratic theory of the public sphere.

With regard to the democratic theory of the public sphere, Ron is particularly interested in the role of the public in the cognitive division of labor that is required for a social scientific inquiry. His most recent publication, “Affected Interests and Their Institutions” (Democratic Theory, 2017), looks at way to think about the meaning of the democratic demos in a transnational environment. To do so, the article examines practices of inclusion and exclusion in different areas of law and public administration.

In collaboration with Abraham Singer from  the Quinlan School of Business at Loyola University Chicago, Ron is currently working on a project, provisionally entitled “The Social Subcontract: A Pragmatist Approach to Business Ethics and Democracy,” that examines business ethics from the point of view of democratic theory. Broadly speaking, most works in this area treat business ethics as a branch of applied moral philosophy. Thus, they focus on deriving rules for doing business from general approaches to ethics such as Kantianism, consequentialism, or virtue ethics. In this way of approaching business ethics, little attention is made to the economic context, or the political institutions, in which business operate. In contrast, our project puts such institutions at the center. The question that we ask is this: what responsibilities do competitive profit-seeking businesses have toward the democratic environments in which they operate? We explore the many ways in which business activity interacts with democratic institutions, procedures, and norms, and the ethical dilemmas that these interactions generate.