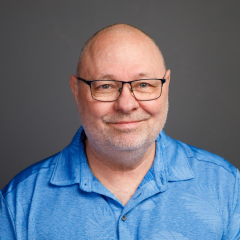 Timothy Karr received his PhD in Chemistry in 1981 at the University of California, Santa Barbara.  Dr. Karr was a Jane Coffin Child Postdoctoral Fellow with Bruce Alberts (1981-84) and a American Cancer Society Fellow (1984-87) with Thomas Kornberg in the Department of Biochemistry and Biophysics, UC San Francisco where he began his work on fertilization and early Drosophila embryogenesis.  Subsequently at the University of Illinios, Urbana and The University of Chicago (1987-2002), Dr. Karr continued studies of fertilization and and sperm biology in Drosophila.  In 2002 Dr. Karr received a prestigious Wolfson-Royal Society Merit Award and moved to the University of Bath, United Kingdom, as a Reader in Biology.  In 2006 and 2010, Dr. Karr published the first functional genomic and evolutionary analyses of the Drosophila and mouse sperm proteomes.  In 2008 he moved to the Biodesign Institute at Arizona State University where he continues to elucidate the functional genomics and biochemistry of the mammalian sperm proteomes.

Dr. Karr has also pioneered studes into the biology of Wolbachia in Drosophila.  Wolbachia, an obligate intracellular microbe, affects sperm function in infected males leading to a unique form of male paternal effect known as "Cytoplasmic Incompatibility" (CI).  Dr. Karr studies Wolbachia to identify, and then exploit, the molecular mechanism of CI to develop rational strategies for the biocontrol of insect pest populations.