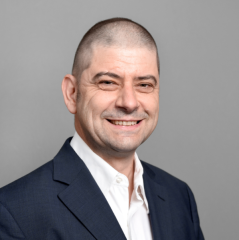 Bowden received his doctorate from the University of New South Wales (UNSW) in 1996 for work on static concentrators using silicon solar cells. Following graduation, he transferred the buried contact solar cell technology from UNSW to Samsung Advanced Institute of Technology (SAIT). In 1998, he joined the Inter-University Micro Electronics Centre (IMEC) in Belgium where he demonstrated rear surface passivation of multicrystalline silicon wafers using boron diffusions and inversion layers created by silicon nitride. In 2001, he joined Georgia Institute of Technology where he worked on molecular beam epitaxy and the characterization of interface states in a variety of oxide materials. From 2004-2008, he led the effort at the Institute of Energy Conversion at the University of Delaware, on the development of advanced silicon solar cell structures based around super-passivation and induced junctions.

Bowden has extensive experience in the characterization of silicon materials for photovoltaic applications. In 2005, he was awarded an R&D 100 Award for his contributions to the quasi-steady-state photoconductance system that is manufactured by Sinton Consulting. He is also the author of the Photovoltaics CDROM that has been used extensively as an educational tool in industry and academia throughout the world.