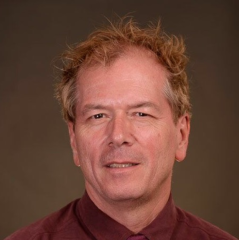 Martin Beck Matuštík is a Lincoln Professor of Philosophy and Religious Studies. He joined the New College of Interdisciplinary Arts and Sciences at ASU West in fall 2008. After earning his doctorate from Fordham University in 1991, he has been on the faculty in the Department of Philosophy at Purdue University. Matuštík has published six single author books, edited two collections, and co-edited "New Critical Theory," a series at Rowman and Littlefield Publishers. Among his publications are "Postnational Identity: Critical Theory and Existential Philosophy in Habermas, Kierkegaard, and Havel" (1993); "Specters of Liberation: Great Refusals in the New World Order" (1998); "Jurgen Habermas: A Philosophical-Political Profile" (2001); and "Kierkegaard in Post/Modernity" (1995), co-edited with Merold Westphal. His most recent book is "Radical Evil and the Scarcity of Hope: Postsecular Meditations" (2008). His last book is a philosophical autobiography, “Out of Silence: Repair across Generations” (2015, in Czech 2018).  See amazon.com/author/martinbeckmatustik

Matuštík is an affiliate professor of Jewish studies.