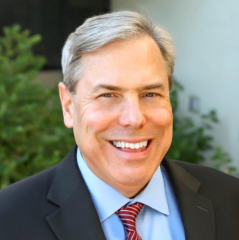 Roy Nelson’s book, "Harnessing Globalization: The Promotion of Nontraditional Foreign Direct Investment in Latin America" (Penn State University Press), is based on his extensive field research in Brazil, Chile, Mexico, Costa Rica, Singapore, and Ireland. An earlier book, "Industrialization and Political Affinity: Industrial Policy in Brazil" (Routledge Press), is based on his field research in Brazil.

Nelson has also published numerous peer-reviewed journal articles in top academic journals, as well as Latin American case studies in the Thunderbird case series that are staples in business schools across the country. In addition to his expertise on Latin America, he is recognized as an authority on international business and government relations, foreign direct investment, and global political economy.

His industry experience includes working at Pharmacia & Upjohn Corporation (later acquired by Pfizer) in Sao Paulo, Brazil. He has also worked as a consultant for various clients, including the World Bank and the Chilean Economic Development Agency (CORFO). His work on behalf of CORFO has served to introduce his Thunderbird students to the agency and an opportunity to work directly with senior executives.

Nelson has taught in executive education with numerous corporations, including programs for Johnson & Johnson, Honeywell International, Acer, LG, Hewlett-Packard, Odebrecht, Cummins, and Kohler. He is currently co-academic director for a joint program with the Tec de Monterrey on “Developing Ventures in Latin America,” to be held in Miami and Mexico City this May.

Cited in a Business Week survey of former Thunderbird students as “among the professors they enjoyed/respected the most,” Nelson is a multiple recipient of the Outstanding Professor award at Thunderbird. He leads field seminars for Thunderbird’s Executive Degree programs every year to visit companies in Brazil, Chile, Peru, Colombia, and/or Argentina. Nelson has also been a visiting professor at the University of Memphis, Vanderbilt University, and Zayed University in Abu Dhabi, UAE.

Nelson, who speaks English, Portuguese and Spanish, received his bachelor's (with honors) from Stanford University, his master's degree from Yale University, and his doctorate from Cornell University.