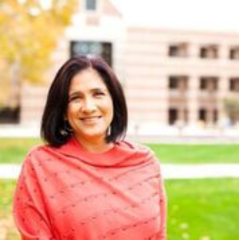 Before joining the faculty at ASU, she taught at the University of Kansas, University of Hawaii and Chapman University. During her time at ASU, she has taught specialized courses such as Latinx Visual Culture, Chilean Cultural Production, Latin American Studies Interdisciplinary Research Methodologies, Marginalized and untranslated cultural production, as well as Latin American Theatre and New Media. Building on her coursework, Villegas-Silva has also taken students to Santiago, Chile through the Global Cities: Santiago course in the spring of 2017. In her courses, she incorporates a variety of perspectives, methodologies and theoretical approaches, including concepts of identities and nation, visual theory, gender theory, social justice, human rights and cultural studies, as well as more traditional literary studies, with the aim of always moving beyond the canon.

Villegas-Silva’s primary areas of research are modern and contemporary theater, performance and visual cultural, and theoretical practices of the Americas and Iberia. Her work employs an interdisciplinary perspective that not only links theatricality with performance, but also considers the interrelationship between theoretical discourses and the transformation of cultures and societies from a social justice and human rights perspective. These theoretical approaches are reflected in research and publications that focus on Latin American, Spanish, and Latinx theatre, film and visual culture, with an emphasis on gender, street theater, multimedia, new media and technologies.

Villegas-Silva has published by presses in the U.S., Latin America, and Europe, as well as in journals such as Conjunto, Gestos, Apuntes. She is Associate Editor of Gestos: Revista de teoría y práctica de teatro hispano, and in the spring of 2015, she was the guest editor for “Género, Identidad y transgresión social y cultural” (Gestos).  In addition, she has served as an internal board member for Chicana/Latina Studies: The Journal of Mujeres Activas en Letras y Cambio Social.

Her second book is a monograph: "Integraciones: Nuevas Tecnologías y Prácticas Escenicas España y las Américas" (Cuarto Propio: Santiago, Chile 2017). This study offers an interdisciplinary and cross-cultural perspective by tracing the way that technology has been integrated as an “actor” on stage from 1985-2016. The book uses a cultural studies perspective to focus on the use of new media in theatre and centers on the relationship between theatre and technology. The In doing so, the study argues that contemporary theatre utilizes transnational and multimedia codes to reach today’s spectator, one whose visual competence is strongly influenced by cinema, modern art, television, commercial marketing, mass media, digital and cyber-culture. Providing a unique contribution to the field, Integraciones, traces the use of new media and theatre histories of Spain, Latin America as well as productions by Latinx directors, presents the diversity of these theatrical discourses, and ultimately reveals a multitude of marginalized discourses including those of the indigenous, queer, exiled, immigrant, women and other constructs of identity.

Villegas-Silva is currently conducting new research for her book on post human aesthetics in theatre of the Americas and Spain. She has presented portions from this work at domestic and international conferences and will soon publish a forthcoming article derived from the larger project “Espacios, cuerpos y realidades transitivas: estética post-humana en la escena latinamericana actual” (Apuntes, 2018).

In addition to serving on the New College faculty, Villegas-Silva is an affiliated professor in the Theatre and Spanish Programs at the Tempe campus. Her service engagements includes serving two three-year terms as a faculty senator, representing the School of Humanities, Arts and Cultural Studies. She is also on the advisory board of Interdisciplinary Global Learning and Engagement (IGLE) and a member of the Committee for Campus Inclusion.