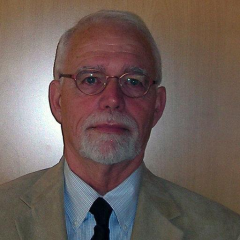 Ronald W. Perry earned the Ph.D. at the University of Washington in 1975. He specializes in statistatics, research and experimental design.  His areas of substantive research are emergency management and disaster research. He worked for a National Laboratory (Battelle Institute) prior to his 1983 appointment as Professor of Public Affairs at Arizona State University. He has published twenty books on different aspects of emergency preparedness and comprehensive emergency management and more than 125 referred journal articles.