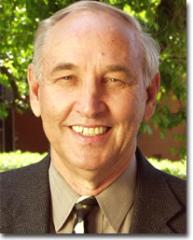 William (Bill) Badger is an Emeritus Professor with the School of Sustainable Engineering and the Built Environment at Arizona State University. He retired from the Ira A. Fulton Schools of Engineering in 2011.

Badger has served as professor in the Del E. Webb School of Construction for 25 years, including 17 years as the school’s director. His vision and commitment has helped ASU garner recognition as one of the top construction programs in the nation.

Over the course of his tenure, Badger helped build many of the Del E. Webb School of Construction’s endowments and scholarships, including the $4 million endowment after which the school is now named.

Prior to his work at ASU, Badger had a distinguished 26-year career in the U.S. Army Corps of Engineers, serving in China, Vietnam, Saudi Arabia, Europe and the United States.