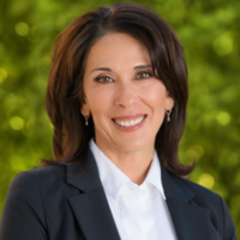 Prior to leading as university provost, Professor Gonzales was the dean of natural sciences in The College of Liberal Arts and Sciences. During her time as dean, the six academic units she managed produced exciting educational innovations, substantial growth in student enrollment, pioneering fundamental science, and research on grand challenges in human health, energy, sustainability, materials science and space exploration, among others.

As a Foundation Professor in the Department of Psychology, she conducted groundbreaking research on culturally informed models of human health and development with the goal of developing public health strategies to reduce health disparities in vulnerable communities. She also served as director of the REACH Institute, an interdisciplinary center of excellence dedicated to the implementation and dissemination of evidence-based interventions in settings such as primary health care, schools, family courts and community mental health agencies to improve mental and physical health outcomes.

Professor Gonzales is a fellow of the American Psychological Association and the recipient of many professional honors, including distinguished career awards from the American Psychological Association, the Society for Research on Adolescence and the Society for Prevention Research. She was named an Arizona Latina Trailblazer, received the Founder’s Day Award for Research from the ASU Alumni Association and was named one of the 2021 Most Influential Women in Arizona.