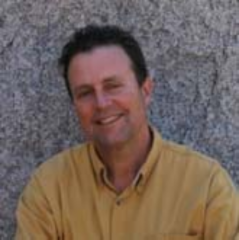 Tod Dillon Swanson is an Associate Professor of Religious Studies and Senior Sustainability Scholar in the Global Institute for Sustainability at Arizona State University.  His research focusses on the social relation to nature and indigenous thinking about the environment in the western Amazon.  His work draws on Anthropological Linguistics and Comparative Religion to interpret Amazonian Kichwa, Achuar, and WaoTededo language narratives on plants animals and the forest.  Swanson grew up in the Ecuadorian Amazon where his father was a missionary doctor.  After graduating from high school in Quito he received a BA in Linguistics from the University of Minnesota and later a Ph.D. in Religious Studies from the University of Chicago.

For the last 20 years he has directed the Andes and Amazon Field School in his wife’s home community on the Río Napo where he resides with his family in the summer months.  In that context he applies his research in collaboration with other scholars and community members to seek solutions for a more sustainable future for Ecuador’s Amazonian region.   Recently Swanson has turned his efforts to  the creation fo Field School extensions on the Curaray and Nushino Rivers in the Waorani territory.

He is co-author with Janis Nuckolls of Amazonian Quichua Language and Life: Introduction to grammar, ecology and discourse (Forth coming 2020) and author of various articles with titles such as “Relatives of the Living Forest: The Philosophy Underlying Amazonian Quichua Ecological Action” (2018); “Looking Like the Land: Beauty and Aesthetics in Quichua Philosophy and Practice,” Journal of the American Academy of Religion, (2017); and “Singing to Estranged Relatives: Quichua Relations to Plants in the Ecuadorian Amazon.” Journal of Religion and Culture, (2009).