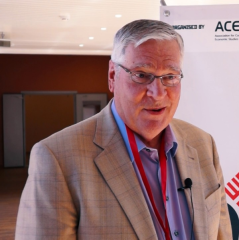 Josef Brada is an Emeritus Professor, a Foreign Member of the Macedonian Academy of Sciences and Arts and president at Society for the Study of Emerging Markets. While at Arizona State University, he taught courses on international economics in the Department of Economics with W. P. Carey School of Business for 33 years. Prior to joning ASU in 1978, he was an assistant professior with The Ohio State University (1969-1974) and an associate professor of economics and international business with New York University Stern School of Business (1974-1978).

Brada has also served as a visiting professor at universities in the U.S., Europe and Asia and as consultant to the World Bank, OECD, United Nations, USAID and various governments. His research focuses on international economics, macroeconomics and the economics of transition, and his work has appeared in the Journal of Comparative Economics, Journal of Political Economy, Review of Economics and Statistics, Economica, International Organization, among others.