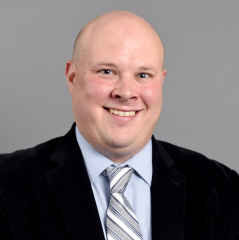 He has published several articles on the connections between the Netherlands and the United States during the Age of Revolutions, and has presented on topics ranging from John Adams and Atlantic politics, Thomas Jefferson and the "Notes on the State of Virginia," religious tolerance and religious freedom in the Second Great Awakening, the relationship between the Dutch Patriot Revolt and the American Revolution, as well as the legacy of New Netherland and the Dutch in American history.

He is currently the Director of Online Programs as well as the Co-Director for the Online History MA Program in the School of Historical, Philosophical, and Religious Studies at Arizona State University.

"The Dutch Origins of the Quasi War: John Adams, the Netherlands, and Atlantic Politics in the 1790s," Journal of Early American History, forthcoming January 2018

Currently working on a manuscript about the Dutch-American Atlantic during the Age of Revolutions and a project about John Adams in the Netherlands.