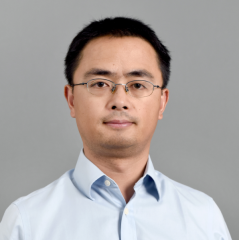 Liping Wang is an associate professor of aerospace and mechanical engineering in the School for Engineering of Matter, Transport and Energy in the Ira A. Fulton Schools of Engineering at Arizona State University. Wang received his doctorate in mechanical engineering with a focus on nanoscale radiative heat transfer in December 2011 at Georgia Institute of Technology under the guidance of Professor Zhuomin Zhang. He started his academic career as an assistant professor at Arizona State University in July 2012 after a short stay in Zhang’s group as a postdoctoral fellow. Wang’s research primarily aims to selectively control thermal radiation for energy and sensing applications by fundamentally understanding and exploring novel physical mechanisms in nanoscale radiative transport with nanoengineered materials or so-called metamaterials. Besides, he has been investigating near-field thermal radiation for energy harvesting and thermal modulation applications.

Wang is currently the director of the Nano-Engineered Thermal Radiation Lab and the lead principal investigator for ASU’s participation in the US-Australia Solar Energy Collaboration on Micro Urban Solar Integrated Concentrator project, sponsored by Australian Renewable Energy Agency. His research findings have been published in more than 40 peer-reviewed high-impact journal papers in applied physics, optics and heat transfer. He is the recipient of the 2015 CAREER Award from the National Science Foundation, 2011 ASME NanoEngineering Council Award for Top NanoEngineering in Energy & Sustainability Poster, and 2010 Hartnett-Irvine Best Paper Awardfrom the International Centre of Heat and Mass Transfer. Dr. Wang has won the 2013 Top 5% Engineering Faculty Teaching Award at ASU for his teaching excellence. Besides, he has been actively contributing to the professional community with service activities in organizing technical conferences and reviewing scientific manuscripts.