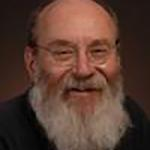 B. R. Burg received his doctorate in early American history in 1967 from the University of Colorado. His research combines social history and various aspects of anthropology in the study of all-male sexuality within military organizations--pirates, ships' crews, cabin boys, and the like. He is the author of several dozen articles, and his books include "Sodomy and the Pirate Tradition: English Sea Rovers in the Seventeenth-Century Caribbean" (New York: New York University Press, 1983); "An American Seafarer in the Age of Sail: The Erotic Diaries of Philip C. Van Buskirk, 1851-1870" (New Haven, CT: Yale University Press, 1994) and "Gay Warriors: A Documentary History from the Ancient World to the Present" (New York: New York University Press, 2002). His most recent book is "Boys at Sea: Sodomy, Indecency and Courts Martial in Nelson's Navy" (London: Palgrave Macmillan, 2007). He is currently at work on a book dealing with homoeroticism in the United States Navy.

Before coming to Arizona State University in 1967, Professor Burg taught at the University of Colorado in Denver. He now teaches occasional graduate-level seminars on various topics, but in recent years has been involved in the Arizona State University distance education program. He currently teaches web-based courses on early American history and West Indian piracy. Burg is also preparing an online course dealing with European westward voyages in the 15th and 16th centuries and New World exploration. In addition to teaching at the University of Colorado and Arizona State University, he has also taught at Quaid-I-Azam University in Pakistan, Institut Agama Islami Negri in Indonesia and at the American Studies Research Centre in Hyderabad, India, where he served as Director from 1995 to 1997.